We had a good warm and sunny start to spring in the final days of March and for the next six months the clock in my car is reading the correct time now we have entered British Summer Time (BST) – the time used in the UK from late March to late October, that is one hour ahead of Greenwich Mean Time.

The early history of BST is interesting. It was first established by the Summer Time Act 1916, after a campaign by builder William Willett. His original proposal was to move the clocks forward by 80 minutes, in 20-minute weekly steps on Sundays in April and by the reverse procedure in September. In 1916, BST began on 21 May and ended on 1 October. Willett never lived to see his idea implemented, having died in early 1915.

April is also the AGM month of our u3a. I would like to move ahead by 12 months to focus on the AGM in April 2022. Currently our constitution states the trustees (main committee members) can serve for a total of 6 years.

In April 2022 five members of the current committee reach that milestone and will vacate their office:

A u3a cannot function without trustees designated as officers: Chair, Vice Chair, Treasurer and Business Secretary. Before April 2022, Hucknall u3a will need members to step forward and volunteer for committee vacancies especially the officer roles of Treasurer and Vice Chair.

We had a similar situation in April 2016 and for a time it was almost a closure situation. It was thanks to the work and persuasive powers of John Tedstone and his retiring committee that encouraged the retiring members of the current committee to volunteer.

We will need at least five volunteers next April , if you are interested please get in touch with a committee member or myself via the form below:-

Have you tried something new during lockdown?

Have you tried something new during lock down?
A new craft or hobby: Learnt a new language or piece of music?
Walked or cycled a different route in your neighbourhood and noticed something you hadn’t before?
Have you had time to try a new recipe or baking technique?
Read a book or watched a film you never had time to read before or wrote your own poem or story?

I would like to compile an audio /visual presentation of activities undertaken by the Hucknall u3a members during the various levels of lock down. This will be shown at one of our future meetings.

Your contributions would be most welcome, please send photos, short videos, illustrations or pieces of writing to me via the contact form below:

Posted in Announcements | Comments Off on Have you tried something new during lockdown?

The meeting will start at 2pm, the Zoom access link will be sent to you on Monday 5th April.

There will an introduction and some u3a business before our guest speaker Mr Stephen Nurden presents an illustrated talk about his grandfather Stanley James.

This is a brief synopsis of his interesting life:
STANLEY JAMES, as a young man in the Canadian West, was by turns a cowboy, shepherd, navvy, hobo and newspaper reporter, soldier in the Spanish-American war, poet, playwright and actor. Returning to his native England, he married and became a Nonconformist minister who both charmed and alienated his Walthamstow congregation with his socialism and pacifism. In 1923 he converted and reinvented himself as one of the best-known Catholic writers of the English-speaking world, with nine books to his name. 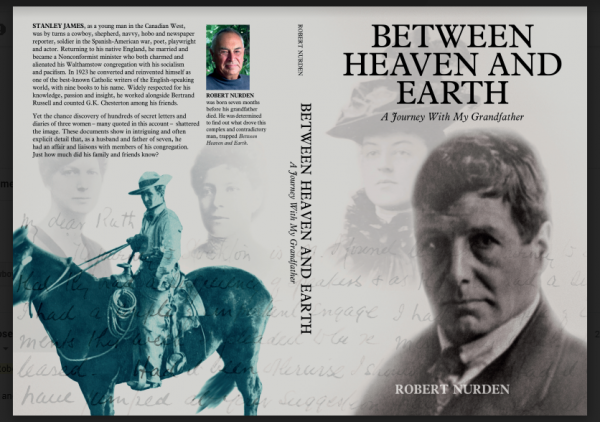 Posted in Announcements | Comments Off on April Monthly Meeting via Zoom

In the previous 12 months the various types of scams have increased and currently Email and social media account hacking is on the increase as are fake texts, delivery and telephone scams.

1. Over 15,000 hacked email and social media accounts reported in one year.

If a hacker got into your email or social media account, what would they find? Health and banking information? Names and contact details for your friends and family? Private photos and messages? For most people, it’s at least one of those.

Your email and social media accounts contain a wealth of personal information about you, which makes them a lucrative target for cyber criminals. Between February 2020 and February 2021, Action Fraud received 15,214 reports about email and social media account hacking. The majority of reports (88%) were made by individuals, with 12% of reports being made by businesses. Analysis of the crime reports revealed that Facebook, Instagram and Snapchat were the most affected social media accounts, with phishing messages being the most common tactic used by cyber criminals to lure unsuspecting victims.

The motivation behind the hacks is varied and can range from financial gain, to revenge or personal amusement. Some victims are extorted for money, whilst others have their accounts used to send malicious links to their contacts. One victim who had multiple email and social media accounts hacked paid over £2,000 to regain access to them. Another victim reported that her hacked Facebook account was used to trick her friends into sending money into a PayPal account they thought belonged to her.

You can secure your email and social media accounts in just a few minutes. Here’s what you need to do:

1: Use a strong and separate password for your email, as well as other important accounts, such as your banking or social media accounts.

2: Enable two-factor authentication (2FA). It will help to stop hackers from getting into your online accounts, even if they have your password.

For detailed instructions on how to reset your password or enable 2FA on your accounts, visit: https://www.actionfraud.police.uk/secureyouraccounts

Fake texts purporting to be from mail and courier services have been on the rise. In this case, fraudsters attempted to wipe out a person’s entire bank balance by impersonating Royal Mail. The text informed the recipient that a parcel was being held due to an unpaid shipping fee and included a link for them to enter their personal info and bank card details.

The link in this text is disguised to look as though it points to the genuine royalmail.com website, this is done by capitalising the letter ‘I’ so it will appear to be the letter ‘L’. Therefore the link is actually ‘royaimaii.com’ which redirects you to a slick phishing website: Delete immediately.

3. Phone scam calls are on the increase:

These days for many of us genuine callers on landlines are often outnumbered by the scams callers.
Such calls are a lot more than just a nuisance.

One woman had a mobile call telling her that there was an ongoing court case against her over an unpaid tax bill. The judge and jury were on the line, the scammer told her, but if she immediately transferred payment of £999, the case would go better for her. She panicked and paid but was told it was not enough. So she went to the bank, with the scammer still on the line, and sent another £4,000. “As soon as she had done it, she realised it was a scam,” said Louise Baxter-Scott, head of the national Trading Standards scam team.

According to Trading Standards, there has been a surge in such calls during lockdown. “Everyone is at home so they are easy prey,” said Ms Baxter-Scott. And the scams are getting more sophisticated and more threatening. One currently doing the rounds, purporting to be from the National Crime Agency, claims there is a warrant out for your arrest for “serious offences”. Another common claim is that National Insurance numbers have been stolen, which might seem plausible given the number of data thefts. Although the request to immediately send money to the tax office should ring alarm bells, increasingly the calls are coming through to people’s mobile phones, often appearing as a UK number to add another layer of legitimacy.

a) people selling insurance for white goods, offering cover for fridges, freezers and washing machines
b) impersonation callers claiming to be from the NHS, BT, Amazon or utility firms
c) domestic home repairs such as boiler services and drainage

Some of these are defined as nuisance calls because they are actually selling something – albeit it something you probably do not need. Others are out-and-out scams. People are thought to receive an average of seven scam or nuisance calls per month and be aware that the scammers are particularly targeting the elderly.

Posted in Announcements | Comments Off on Scam Awareness – April 2021

Welcome to the third month of the year — or, if you were born before 150 B.C., the first! According to the oldest Roman calendars, one year was ten months long, beginning in March and ending in December. We can still see traces of this old system in our modern calendar: because December was the tenth month, it was named for the number ten in Latin (decem), just like September was named for seven (septem). So, what about January and February? They were just two nameless months called ‘winter.’

The announcement of the ‘irreversible’ roadmap to bring the country out of lockdown has some key dates for our u3a. It is stressed however these are the earliest dates which could change depending on Covid transmission rates.
From March 29:
People will be able to meet outside in groups up to a maximum of 6 people who will still need to socially distance from each other. This will apply in all outdoor settings, including private gardens.
No earlier than May 17:
Further easing of limits on social contact, but gatherings of up to 30 will still not be allowed. Indoors, people will be able to meet socially in a group of 6.
No earlier than June 21:
Both the main committee and the social sub-committee will be planning a route through this road map for a gradual return to our group and social activities. Meanwhile we maintain contact with our partner venues such as the John Godber Centre –

Thanks David,
It’s great to keep up to date with what our friends are up to, we can’t wait to see everyone again soon. We’re expecting news today and hopefully by the end of the week will be able to update everyone once we’ve clarified the Government’s plans, the announcements are never 100% clear but fingers crossed we’ll have a better idea of when we’ll be able to reopen again.

Keep well and our best to all the members
Kim: John Godber Centre Manager