October saw 14 very competitive budding Lewis Hamiltons descend on the Indoor Go Karting track in Netherfield. A safety briefing began our session with the group learning the meaning of the various flags ie Red meaning stop and a Black for any individual, meaning a temporary return to the pits to be reminded of the rules!!!!!!!!!!!

The first of our two sessions saw us ranked by our fastest laps while the second session saw us lined up in a grid following our lap times.

Competition was fierce from the start and some over-zealous tactics by certain members soon led to the raising of the yellow flag, leaving us to go at walking pace. As the dubious tactics continued, then our leader for the day received a Black flag and was sent to the sin bin, better known as the pits. It should be said that he was unlucky as worse offenders somehow went undetected.!!!!!!! 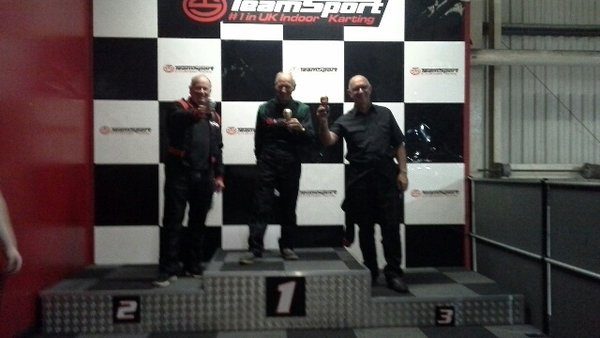 After thanking our hosts for an excellent session, the group retired to the nearby Ferry Boat at Stoke Bardolph for lunch.

This entry was posted in Not So Grumpy Old Men. Bookmark the permalink.