Once again, even though the Creative Writing Group has now closed, I thought you might be interested in the following which was first written in February, 2016. We were told to choose a scene and write about it.

BLISS!
It had been a pleasant summer’s day, that Wednesday in July, not sunny but warm. The Hucknall U3A Lunch Group had had a lovely three-hour cruise and lunch down the River Trent on the Nottingham Princess Riverboat. It had been a much more relaxed lunch than our usual monthly event as, after the lunch itself was over, instead of disappearing home straight away, we all sat on deck and watched the world go by. We marvelled at the expensive looking homes built on the riverside and at the crudely made nests also built on the riverside. Cyclists waved to us from the Victoria Embankment, rowers scowled as we broke their concentration and swans and Canada geese quickly swam away from the eddies made by the riverboat. 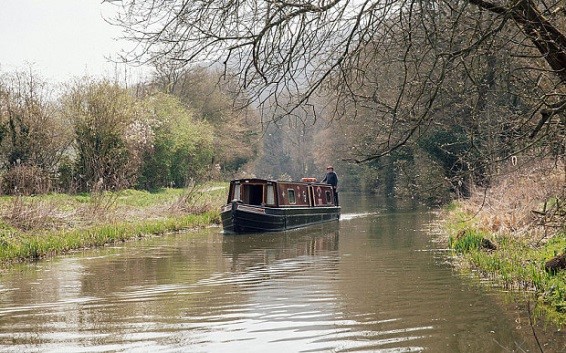 Eventually it was time to go home, back to our usual early evening activities. I watched some television until it became dark and, being bored, flicked from channel to channel to find something worth watching. And there it was, a BBC Four programme called “The Canal Trip” which had been filmed in real time and contained no commentary, music or presenter and showed nothing more exciting than passing boats, changing scenery and the occasional passer-by in the distance walking along the towpath. I started to watch, wondering when the commentary would begin – but it didn’t. Surely something would happen soon, I asked myself?

I continued to watch, becoming mesmerised by this experiment in slow TV filmed down one of Britain’s historic waterways, the Kennet and Avon Canal. The programme, which switched from colour to black and white, featured facts about canal construction which appeared on the water in text, a very original idea which negated the need for a commentary. I checked how long the programme would be on for and was quite surprised that it would last for two hours. Two hours! Could I really sit and watch this programme for two hours? But I was so hypnotised by the sounds of the birds singing, the crunch of approaching cyclists’ wheels on the gravel, the wind rustling the leaves which overhung the canal and the slow-moving background and interesting facts emerging from the water that I just sat back and enjoyed it. It was such a lovely coincidence that we had been on our own trip on the water earlier that day.

Later I wasn’t surprised to find that thousands of other viewers had felt exactly the same way as I had about the programme. Apparently, the show fetched 506,000 viewers and had a peak of 599,000, well above the BBC Four slot average of 340,000. Britain has so much to offer, whether it be these canals, the Lochs of Scotland, the Peak & Lake Districts, or the Yorkshire Moors. Wouldn’t it be great if the BBC made a whole series of these films and encouraged people to visit places that might even be on their own doorsteps or just an hour or so away. No need to spend money on an expensive trip to Venice in order to visit the Grand Canal, not when the Kennet and Avon Canal is on your doorstep! With the help of films such as this and the hard work of the Canal Conservationists, it is hoped that the future of even the grottiest canal’s future is ensured for the benefit of all.