Blessed with glorious autumn sunshine the Short Walk ramblers enjoyed something quite new with an undulating (there were some who called it something else entirely) stroll through Portland Park in Kirkby in Ashfield, led by Roy Brown.

After coming across a group of diggers (no, I don’t mean Australians) it was discovered that historians are excavating in the woods to find the 200 year old railway line that ran from Mansfield to Pinxton.

Following the walk an excellent meal was then taken at the Duke of Wellington.

On Thursday 19th September, on a route organised by Liz and Phil Attenborough, a group of ten happy walkers enjoyed a pleasant 4.5 mile circular walk along the Beeston Canal, back by the River Trent, ending at the Lock Keeper’s Cottage by the weir for coffee. 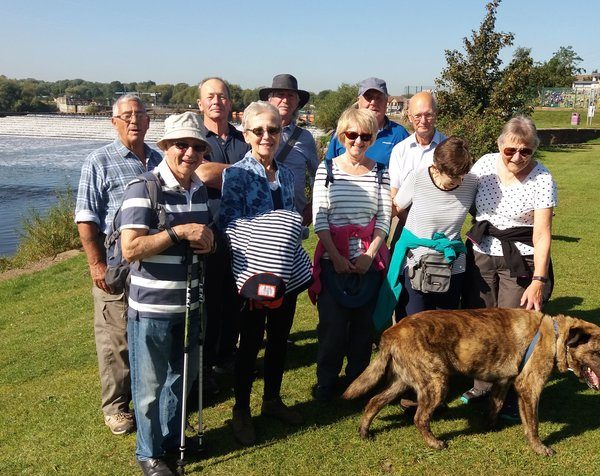 A kingfisher, heron, a friendly dog and the Aston Martin garage were the highlights spotted! (plus beautiful sunshine)!

To contact David, the group leader, please use the form below:-

From the car park of The Admiral Rodney on Main Street, Calverton 13 members strolled out towards Ramsdale golf course. Along part of Main Street we passed evidence of houses that had once held a room dedicated to stocking manufacturing.

We turned left up the sandy track of Hollinwood Lane and up and across fields passing over Cockpit Hill, an Iron Age fort site. From there are fine views over Calverton and beyond, a just reward for the effort it took to get up the rather slippery steep hill.

Our return was mainly downhill and we stopped for a photograph at the information board and monument to Calverton’s mining heritage and to celebrate the fact that in 1589 the Rev William Lees invented the stocking frame in the village. 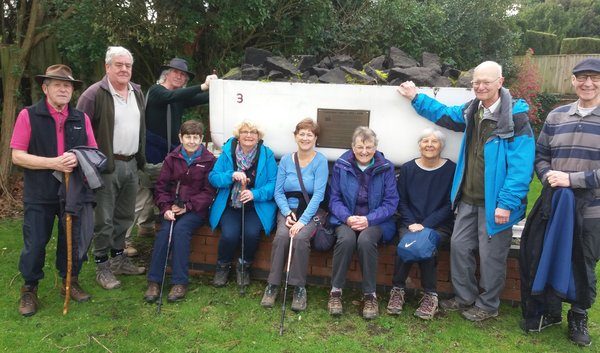 Greg Umney had a flashback to his time underground and attempted to push the coal wagon that was once in daily use at the local colliery. Those were the days!

Finally the group would like to thank Liz Edwards for acting as the Group Leader for the past few years and we thank and welcome Albert (part time fire officer) Briggs who has volunteered to take on that role.

The short walks group aim to keep the circular walks reasonably short and not too physically demanding!! The last walk was ably led by Phil and Liz Attenborough and we had a lovely walk along the river banks from Gunthorpe before getting together for lunch in the Unicorn pub. We meet on the third Thursday of the month for two or three hours.

The next walk is on Thursday 21st February at 9.45am for a 10.00am start and we are meeting at the Broad Oak, Strelley for a steady walk across fields towards Babbington and Swinggate before heading back to Strelley and the Broad Oak where those who would like to can stop for lunch. The walk will be led by Greg Umney. All members are welcome.

If you are unable to join us because of transport difficulties then don’t let this stop you as we do have members who are prepared to offer car share.

To contact Liz Edwards, the group leader, please use the form below:-

Christmas came early for twenty three short walkers with a local 4.5 mile circular trek over Beacon Hill, Misk Hills via Misk Farm and back along Long Lane to The Nabb Inn for a ‘Festive Fayre’ meal. 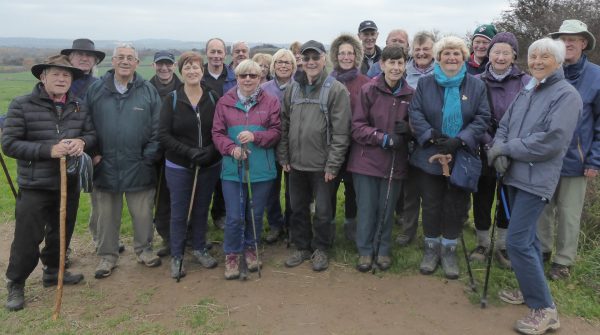 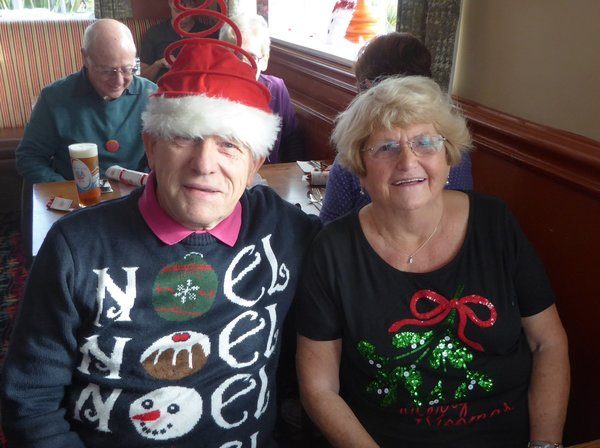