The presentation was by David Mottram who is from Guide Dogs for the Blind.

David is a local ‘puppy walker’ and he explained his role in the initial training of puppies destined to become fully fledged guide dogs.

He then described the specialised training which follows on, with the dog and the potential new owner who is to be aided by the trained dog, for about 5/7 years.

Accompanying him was his 9-month old Labradoodle who has been with David and his family from a few weeks old and who will move on to the next stage of training at about 14 months old. David then starts again with a new puppy. 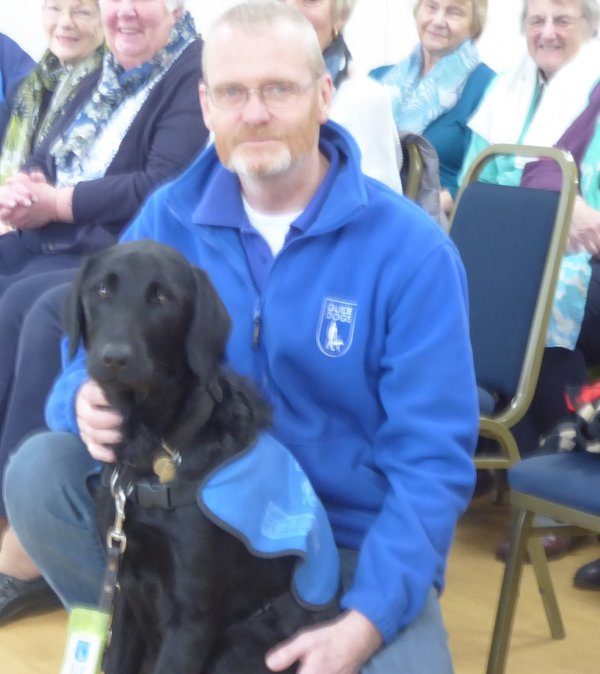 The 20 attendees found the talk interesting and enlightening and David answered several questions at the end of his talk which was appreciated and enjoyed by all.

David added “It was my pleasure and increasing general awareness of Visually Impaired persons is very important to me. Please thank the group for their time and interaction, I know Digby enjoyed it and thank them for their donation which came to £54.70”

This entry was posted in Events. Bookmark the permalink.